Bottle Talk with RICK and PAUL Join CPR Podcast Lineup
What next? The Apocalypse? 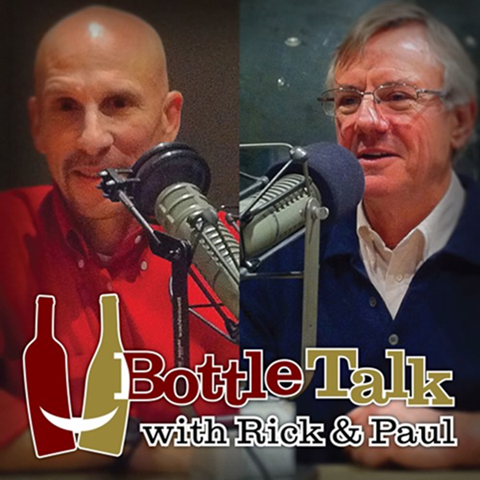 “We’ve found people really like our approach to wine because it’s how people actually talk. It’s normal,” says Kushman.  “Not us, our approach. No one has called us normal.”

Kushman is the author of the New York Times bestseller The Barefoot Spirit, the story of the founding and unique marketing of Barefoot Cellars. He is an award-wining journalist and the wine commentator for Capital Public Radio.

Wagner is founder of Balzac Communications and teaches wine classes at Napa Valley College and the Culinary Institute of America at Greystone.  With Liz Thach and Janeen Olsen, he authored the book:  Wine Marketing & Sales, Strategies for a Saturated Market, which won the Gourmand International Award for the best wine book of the year for professionals and he’s is a regular contributor to Allexperts.com on wine and beverages.

“Our listeners tell us they like the shorter format of Bottle Talk,” says Wagner.  “Some listeners even suggested that we make it really short, like not recording it at all. We think they’re joking. At least no one has threatened violence.”

“One guy did threaten to pepper us with his long and nonsensical wine descriptions,” Kushman says.  “But what’s the threat in that? We see that everywhere.”

Kushman and Wagner have earned acclaim for their friendly and light-hearted take on wine, and their good-natured attacks on wine snobs and bad wine writing. “We think we’ve broken new ground in the conversation about wine because we’re using a language we call Basic English,” says Wagner.

About Bottle Talk with Rick and Paul

Bottle Talk with Rick and Paul airs a new segment every Thursday at 10 a.m. Pacific time at https://www.rickandpaulwine.com/.  Prior shows are available on the site, as is information about sponsorship.